Man, how excited we are to talk about this wedding in Paris. In new year’s eve. In a castle. FOR THREE DAYS!
We’ll try to keep it short since we’re going to be talking a lot about this trip in our blog, but… man, HOW MUCH WE WANTED THIS WEDDING TO COME!

Beginning with the obvious, we have said it already: it was freaking Paris. Specifically it was a wedding in Château de Vallery. I mean, it’s an amazing castle outside the city, although the ceremony took place in the 8th district city hall of Paris (it’s so amazing it felt like the place were Napoleon would have got married or something. How incredibly beautiful is the city hall architecture) and the next three days it moved to Château de Vallery, although we photographed the first one and a half of the second day.

But what’s even better: the couple. Linda and Jonathan are amazing! We were writing like 10-15 paragraphs in our first emails -like, literally, we just checked- so you can grasp it was connection at first sight (or first email, whatever you want to call it). How it all sparkled? Easy: The Office and FRIENDS did the trick. Jonathan is super fan of The Office and Linda is super fan of FRIENDS, and if you have read our ‘about us‘ page you will know that David is super fan of The Office and Carla of FRIENDS. Considering this, plus the 1000 GIFs of both TV shows we have sent illustrating our emails, there was nothing else to say: we would be their photographers.

But let’s keep talking about Linda and Jonathan and their wedding in Château de Vallery: when we asked them how they met each other, considering the extremely long e-mails we have exchanged before, they sent us a 1575 words story. One thousand five hundred seventy-five words. That was really a record. Microsoft Word has counted them, not us. We are going to make it shorter because we know what you are looking for in here is the pictures: they met using an app to learn English. They started talking because Jonathan wrote a post asking if anyone else missed the TV show Breaking Bad (which is one of the best TV shows of all time. You should watch it if you haven’t already). Even though Linda wanted to practice her English she replied in French, since the app identifies the original language of every user and realized that Jonathan was, in fact, French. She just wanted to wink a compatriot. They started talking and moved to WhatsApp, where the messages were much frequent. In mid 2015 they saw each other for the first time. You can imagine the outcome. However, the following months they were back and forth until a sudden trip to Prague arrived, where they both said they were in love with each other. Some months later Linda moved to Canada to work and Jonathan went along with her. The rest, as is frequently said, is history, which part of it can be seen in this wedding in Château de Vallery gallery. Now they both live in Portugal working as a ‘digital nomads’ while enjoying the waves, surf (which they both enjoy), food and the Portuguese atmosphere. Our dears “JoLi” are quite a world travellers!

So here it is, Linda and Jonathan’s wedding in Château de Vallery. In a freaking castle. Taking place in freaking new years eve. In freaking Paris. During three freaking days. This is so crazy and amazing! 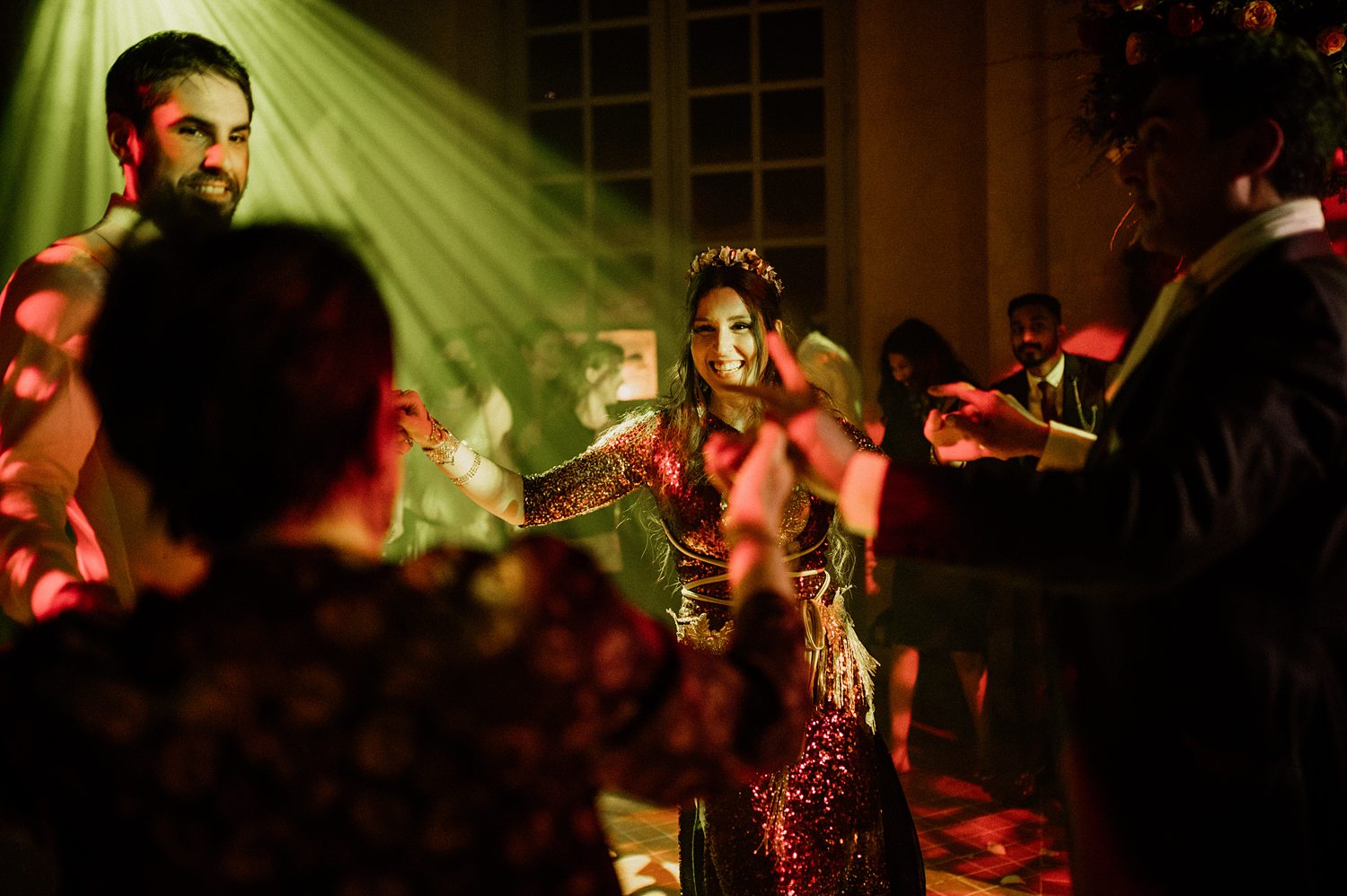 We use cookies to improve your experience in our website. By clicking 'accept' you consent to their use. Read more
RejectAccept
Manage consent