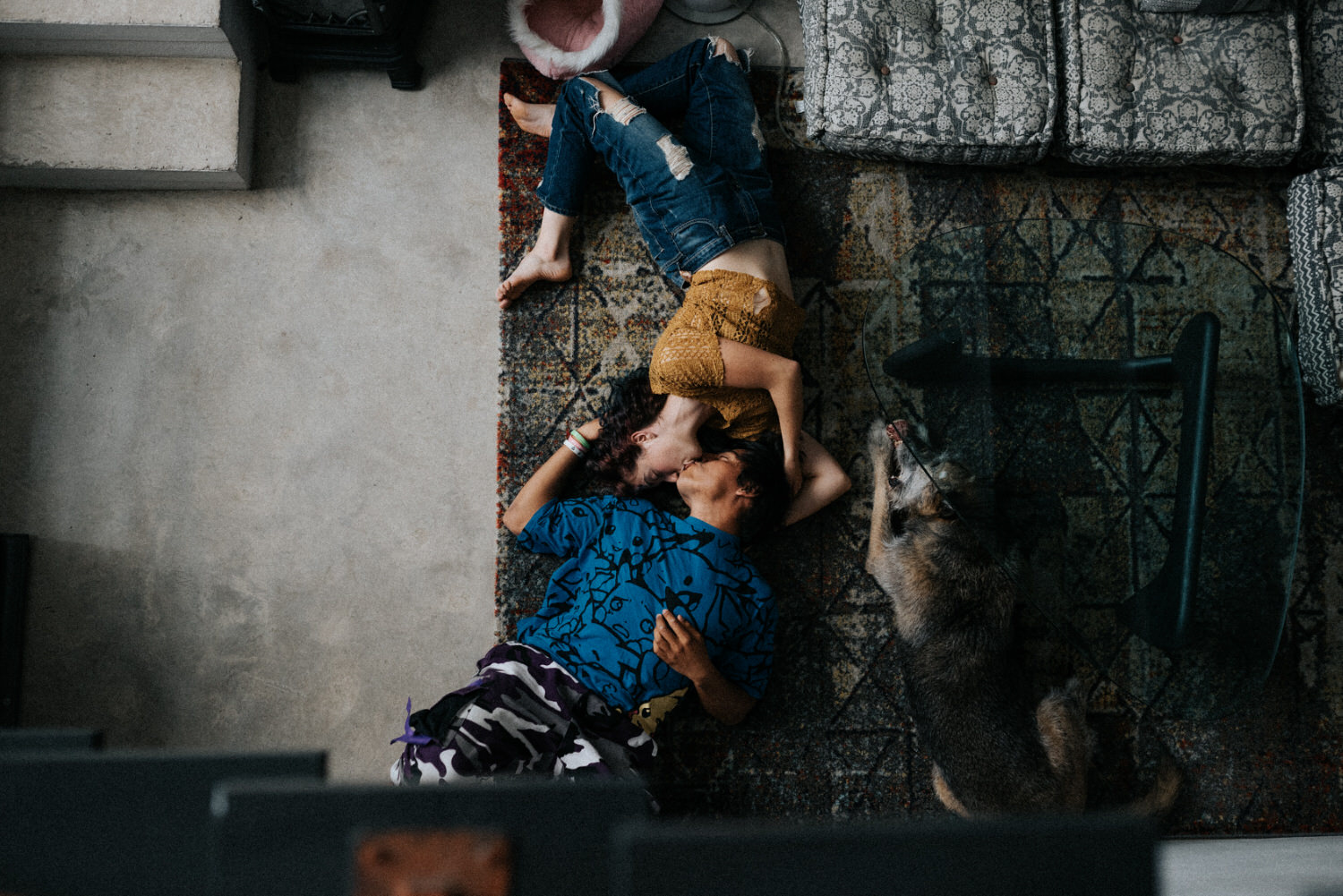 «It doesn’t matter how crazy it sounds, she’s going to do it anyway»

This post is part of a photography series that we’ve called ‘bésame muuuchooooo‘ (kiss me a lot, like the Spanish song) where we tell stories about the way these couples have met each other and portray them in all their raw and passional love

How they met each other

Natsu: – It was a coincidence, because I wasn’t supposed to be there (at Valencia’s ‘tinglados’ in the port area) at that time nor had thought that I was going to meet with someone. It was when we were allowed to go out at 6 am (because of the COVID regulations in Spain, May 2020) to practice outside sports, and I was supposed to see a friend at 6:30 am, but he never showed up so I went for a ride in my roller skates and when I came back there was someone else skating (laughs).

Jade: – I hadn’t touched my roller skates for a year and I said to myself: ‘since we’re allowed to skate outside now, lets skate, right?’ So let’s go to the port. I went by myself around 7 in the morning and I started to roll around there, when all the sudden there’s a boy jumping (with his roller skates) and I was like ‘you can do that with the rollers? is that possible?!!’. I was blown away

It was super cool, like a superhero flying away all over the place doing crazy things that our bodies are not supposed to do. So cool

He dressed in a very cool way and I was like ‘who’s that boooooooy? I never seen him before’ and I started to stare since I was very curious. I sat in the bench and watched. I learn a lot by watching and I was I was there paying close attention to see what I could catch. He didn’t even see me until we exchanged a couple of glances

Natsu: – I could tell she was there when she was roller skating. She was like a fly because I was in a specific area and she was rolling around that same area. If I went somewhere else she followed me there too.

How do they see each other now

Jade: – He has the perfect childish spot that gives me the freshness I need. And the exact spot of… How do I say it, (looks at him): ‘you are very meticulous, very specific’. He notices things quickly, he’s very precise. ‘You’re very constant, I like that a lot and I believe what’s best from you is the way you treat everyone. It’s what I like the most about you since always and it hooks me.

It doesn’t matter how crazy it sounds, she’s going to do it anyway

We use cookies to improve your experience in our website. By clicking 'accept' you consent to their use. Read more
RejectAccept
Manage consent